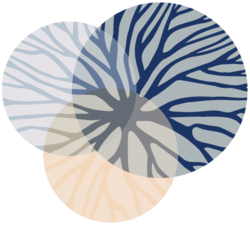 Abstract
In this contribution we highlight the most important moves and achievements of ANSE. Our purpose is to show how a thriving cross border community of professional practitioners emerged and which steps - or sometimes even leaps - were taken to get us that far. As we aim to sketch no more than the major characteristics of ANSE as it grew and developed over the years, we will focus mainly on the period between 2004 and 2018, when we both were active as ANSE board officials.

Introduction
The history of supervision and coaching in Europe is also the history of its institutions. As all professional activity, supervisory practice, too, is embedded in society, both locally and nationally. Sooner or later practitioners will develop professional communities. In order to support and sustain these, the need for formal organization arises. It should therefore not surprise us that supervisors and coaches in many European countries organized themselves in professional associations. Informal networking combines with formal organization to secure and enhance professional development.

By extension, this move repeats itself on the European level. Once practitioners start crossing borders to engage themselves in international activities, as many of them do, they will soon feel the need for some form of supranational institutionalization. Such arrangements carry and align their cross-border efforts, help them to define and defend their professional interests and to represent their trade internationally. No wonder then, that twenty-five years ago, in 1997, ANSE emerged as a platform for - and clearing house of - national organizations for supervision and coaching in Europe.

It is not our intention to smother you with long elaborations, nor to suffocate you with intricate details, extensive citation of board minutes or with long lists of the many colleagues who contributed to the efforts of ANSE; lists that will never be complete anyway. A detailed history certainly deserves - and still remains - to be written. For the festive purpose of highlighting ANSE’s 25th anniversary, however, we limit ourselves to outline the path traveled thus far by focusing on what we consider the most characteristic milestones. Let us now turn to this task.